A starting point for the Commission on Equity and Inclusion to continue further investigation on issues of racism and inequity in the city, in order to determine what actions can be taken to mitigate them

This report aims to provide an initial review of systemic racism and inequities within the city of Quincy, analyzed through five main categories: 1. City Government and Services, 2. Healthcare, 3. Housing, 4. Police and Criminal Justice, and 5. Schooling.

This report finds structural racism and inequities continue to exist throughout many, if not all, institutions and facets of life in Quincy.

This report is by no means comprehensive. Instead, it aims to be a starting point for the commission to continue further investigating issues of racism and inequity in Quincy. As a local grass-roots group, our work cannot compare to city-led data analysis and reports on these topics. We urge the city to take responsibility and lead these efforts against systemic racism and inequity. 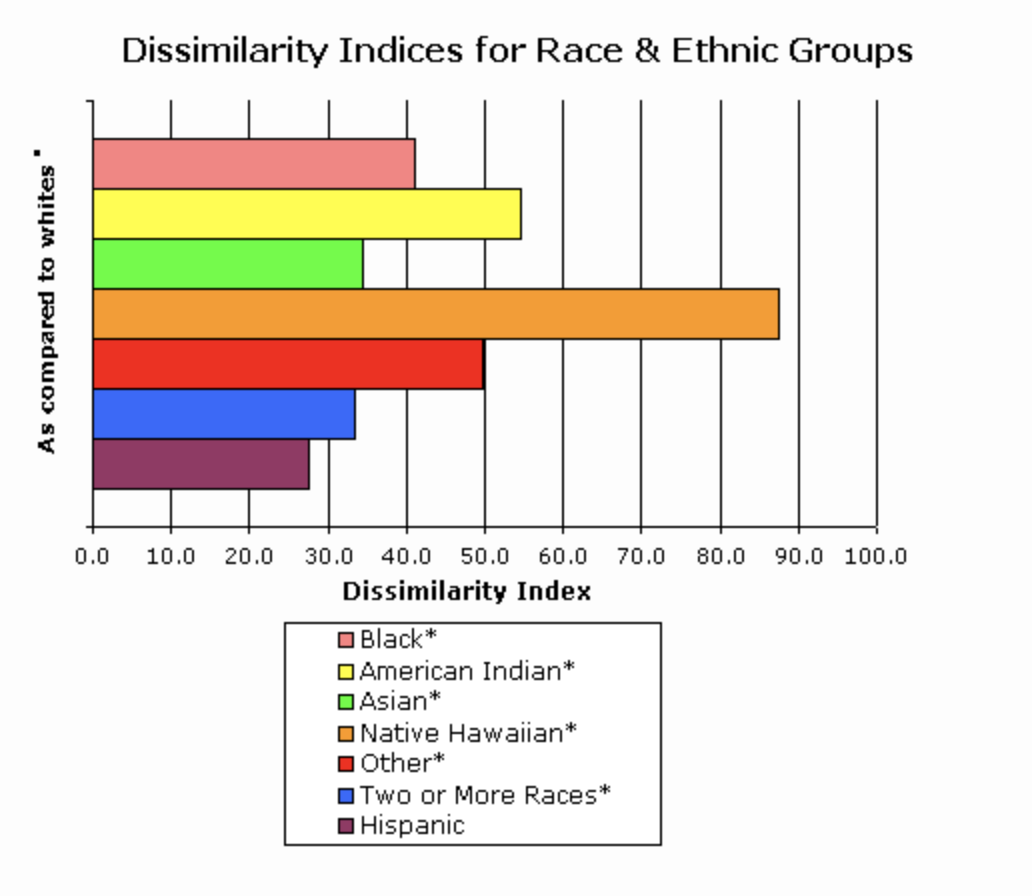 Caption: This image shows the dissimilarity indices for race and ethnic groups in Quincy.